Warren County & The City of Vicksburg

Warren County was formed in 1809 and was named for Joseph Warren, a hero of the Revolutionary War. One of the most historical counties in the State of Mississippi, the central part of the county was settled by the Gibson brothers, who were the first Methodist Missionaries in Mississippi. The first county seat was formed at Warrenton, but in 1836 the citizens voted to move the seat to present-day Vicksburg. The City of Vicksburg is famous throughout the United States for the role it played in the Civil War.The City of Vicksburg is a progressive city, situated on the banks of the Mississippi River. Located on bluffs that slope down to the Mississippi River, the city contains a blend of history, both old and new, and offers a wide variety of activities for tourists and residents alike. The Vicksburg National Military Park is a popular attraction, and the city serves as a stop for many of the “steam boat” tourists traveling up and down the river by boat. For more information on the City of Vicksburg, access the city’s web site at by clicking here.

A Bit of History

The Warren County-Vicksburg Public Library was founded in 1916 with the help of funds from library philanthropist Andrew Carnegie. It was housed in a building at the corner of Monroe and South Streets. For many years, a separate branch housed a library for the African-American citizens of the community. The two were combined in the 1970’s and in 1979 moved into the spacious structure at 700 Veto Street, the present library site.The Warren County – Vicksburg Public Library serves the nearly 50,000 residents of Warren County from this building located in the downtown area near the scenic Mississippi River. For the period of 1974 through September of 1986, the library was part of the Jackson Metropolitan Library System. When the system was disbanded in 1986, the library once again became a single-county unit.The Library is governed by a Board of Trustees, whose members are appointed by the Warren County Board of Supervisors. Through funding from Warren County, grants from the State of Mississippi and the Federal Government, and generous donations from businesses, organizations and community members, the Warren County-Library System has the ability to provide a variety of library services to the citizens of Warren County. 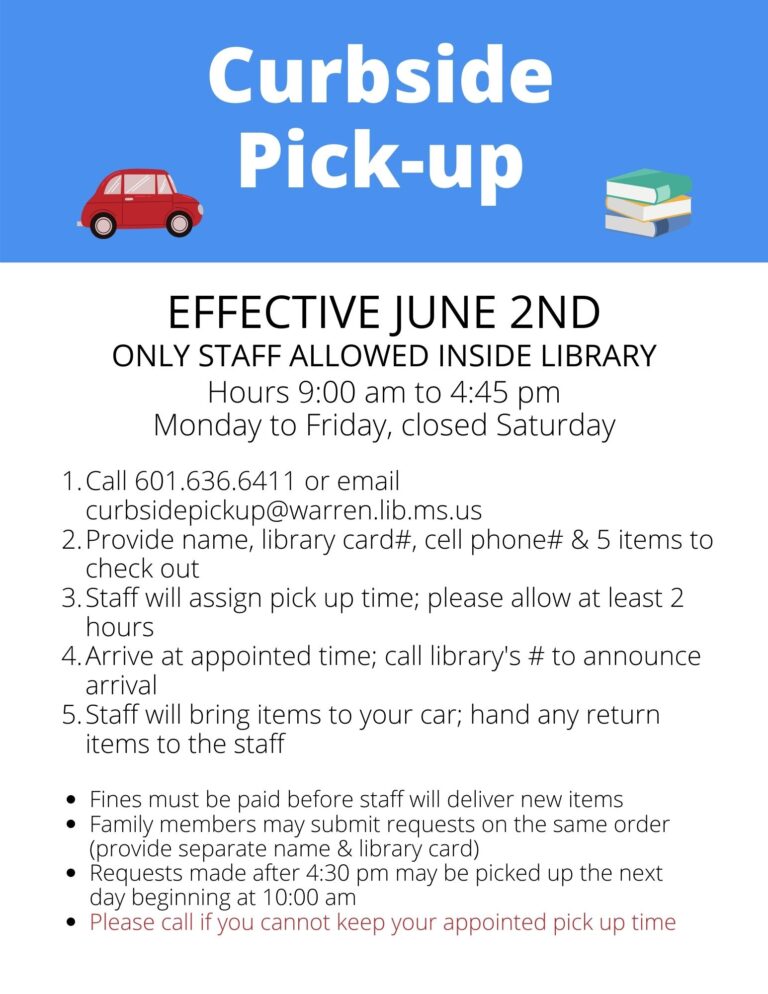